Checking Things Off My Bucketlist

Everyone has a bucketlist, right? Or at least an idea of things you’d like to do before you die.

I do. It’s not very long, mostly because I forget to actually add to it. It is more of an “in my head” list of things.

Sometimes I do things and think, ok, well, that can be checked off my bucketlist….even though it was never actually ON the list!

I completed one of these items on Saturday, April 6th. Thanks to the suggestion by my bff & trainer Cassy, I completed my first Indoor Triathlon at Prairie Life Fitness! It consisted of 10 laps in the pool (1 lap was back and forth), 6 miles on the spin bikes, and a 2 mile run around the track.

When Cassy suggested I do the triathlon months ago (it’s a yearly thing at PLF), I got in the pool to practice. ONCE. I didn’t get into the pool again until Saturday morning. I did however practice the bike & run together. I spin almost every Friday so I wasn’t worried about that AT ALL. The rest…I was a little concerned about. 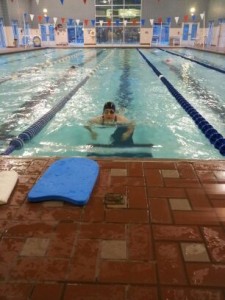 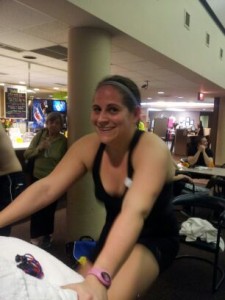 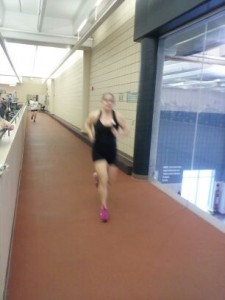 Thankfully I caught up to Cassy on the track (she was 2 laps ahead of me), and we ran together for the majority of the race which helped me keep my pace (especially when I wanted to stop!) then she finished my last two laps with me! (LOVE her). 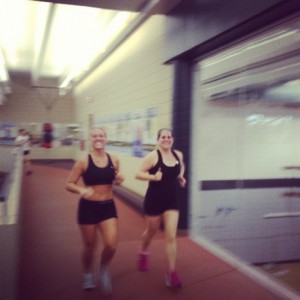 I’m happy to report I finished in 46:10. I was the 3rd female finisher (out of 6) and actually beat someone (by 35 seconds) who was ahead of me for most of the race.

I won’t lie, I wanted to DIE at the end. And I was super sore the next day! I think lack of training for the swim (I did breaststroke) and spinning super fast (and of course a run afterwards), really worked my hipflexers! It’s 5 days later & I still have no desire to do another triathlon. Maybe that will change, maybe that won’t. But at least I can say I DID IT!

Thanks Cassy for the push & support! 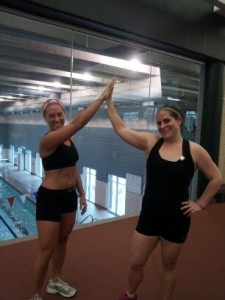 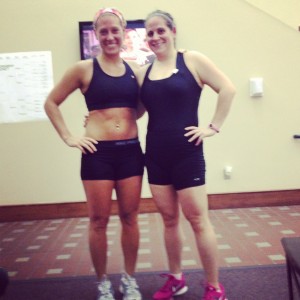